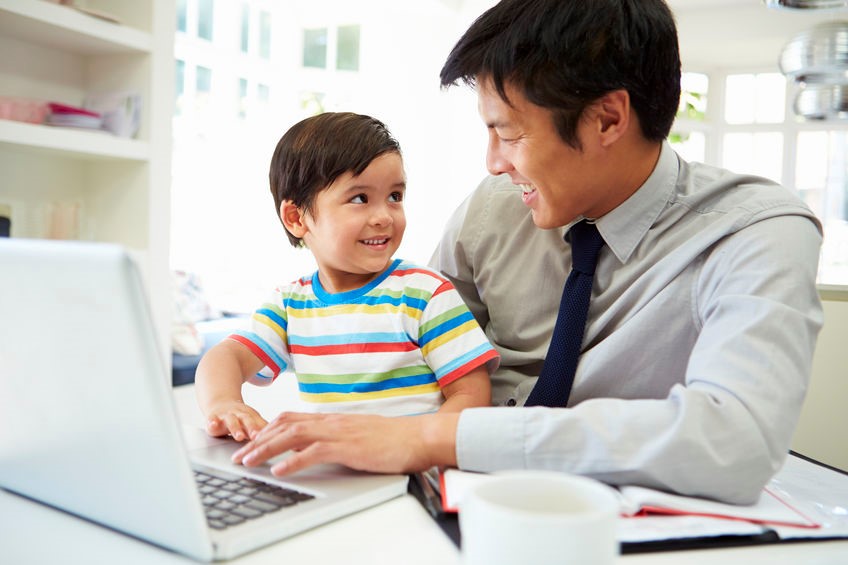 This week’s blog is written by Ian Dinwiddy, Founder and Director of Inspiring Dads.  Part 1 can be found here.

What gets in the way of dads’ accessing flexible working?

There are two key factors – personal beliefs and beliefs about working culture.

Many men grew up in home environments where dads worked and mums didn’t, and while men tell me about the pain of the dad they “don’t remember growing up” they also have a strong cultural bias towards male status as a “breadwinner.”

In the same way, I would argue women face a cultural expectation towards caring – while solo parents of either sex know that “breadwinner” and “carer” are roles that cannot easily be separated.

In truth dads are programmed from young age to believe that providing for their families is a core part of their identity. Stepping outside of that role takes a degree of bravery. It can be hard to do when you fear the impact on your career of creating a different path.

Dads can really struggle with working out how to be a great dad AND have a great career especially when ‘pre-Covid’ the small proportion of dads who did ask to work from home were overwhelmingly turned down.

The DaddiLife Millennial Dad at Work survey found that while only 14% of dads had requested to work from home on one or two days a week, only 19% of those dads who even ask had the request granted.

Men fear being seen as “uncommitted” with a knock-on effect on promotion and earning capacity. They must fight the “can’t your wife do that?” point of view, because working culture sees flexible working as being “for mums.”

The Workingdads.co.uk launch survey found that “72% fear their employer’s reaction if they asked for flexible working.”

A younger female client of my wife once remarked that initially she didn’t think my wife had children because she didn’t think a mum could do that job – she appreciated how damaging her initial view was for the prospects of all females in her industry.

What can we do to support dads’ access to flexible working?

Changes to working patterns as a result of Covid lockdown measures have created increased desire from dads to work more flexibly not only for their own desires to be active and involved fathers but also to support the practicalities of dual income families trying balance work without access to childcare provision.

Businesses have recognised the benefits of remote working but as I discussed previously in a vlog, they need to avoid making assumptions about childcare, recognise the fear men have of being seen as uncommitted and the potential domestic conflict that the return to the workplace can create for dads and their families.

If we want to unlock the benefits of dads working flexibly then now is a crucial time as practical pressures of childcare clash against the economic downturn and anxiety about job security.

Will dads continue to engage with flexible working post-Covid 19? Part one
Coaching supports mental health during times of change