Why now is the time to support working dads 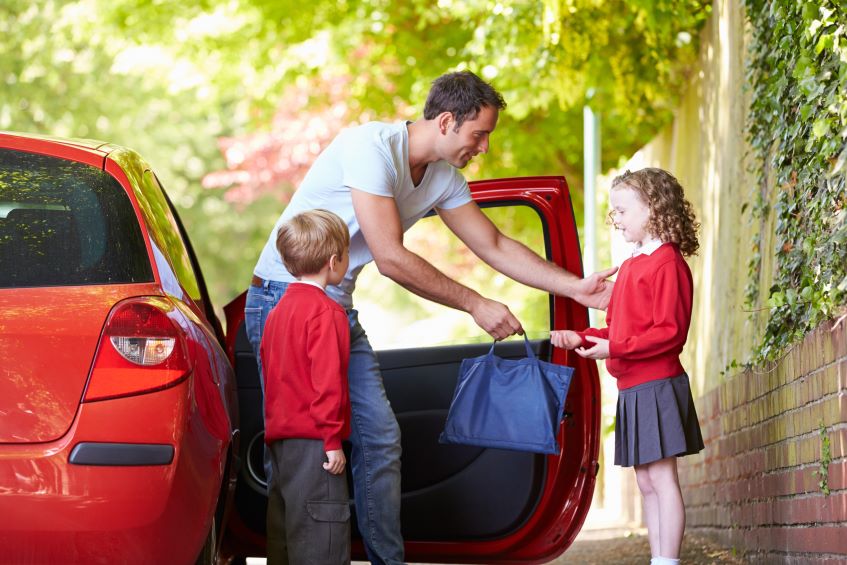 The widespread adoption of homeworking, during a year of lockdowns and school closures, has transformed fatherhood. Perceived barriers to remote and flexible working have been obliterated in a way that now carries profound implications for employers.

A study into the impact of the pandemic on fathers shows it has created a watershed moment for gender equality. It’s now culturally acceptable for working fathers to become actively involved with the day-to-day care of children, instead of just playing with them at the weekend or occasionally reading a bedtime story. What’s more, dads have enjoyed the opportunities this has created to form deeper bonds with their children.

Research shows that one in four dads (25%) now want to work more flexibly and nearly one in five (19%) want to continue working remotely. Yet there are still huge challenges ahead, which HR needs to help address. So here are three ways you can support your working dads to achieve the work-family balance they need to remain happy, healthy, engaged and productive.

Don’t assume that people who were the last to leave the office will want to go back to working like this post-pandemic. Family arrangements may have also changed, due to their partner changing jobs, their relationship breaking down or childcare that used to be provided by a grandparent no longer being an option.

Living through a pandemic has also caused most people to re-evaluate what matters most to them. So, encourage working dads – not just working mums – to think about what sort of parent they want to be and what sort of flexibility they want and what will most take the pressure off.

In the past, flexible working has been very rigid and typically involved a woman coming back from maternity leave on reduced hours with a resulting reduction in status and pay. But with both genders playing a more active role in the upbringing of children, this doesn’t have to be the case. Flexible working can mean taking as little as six weeks off over the summer or leaving early to do the school run twice a week.

Where we have supported employers to allow working dads to do both the above, there has been no impact to their ability to their ability to do their job, meaning no reduction in status or pay. This should make other men feel more comfortable about coming forward to admit they also want to play a more active role in their children’s lives.

In the past, support for ‘parents’ has typically only been targeted at ‘mothers’. For example by only offering workshops for maternity returners, instead of all new parents, including the dads who have also experienced the huge changes to their life brought about by becoming a new father.

All of this has helped to create a culture where looking after children is seen as a female endeavour, with men who occasionally tell their manager that they need to leave work early often told, ‘Can’t your wife do that?’ So much so that single dads who form a new relationship often hide this from their employer, for fear of their flexible working options being taken away on the assumption the kids now have a new ‘mother’.

A powerful way to do this is to bring a group of dads together, who might be interested in formalising their desire to work flexibly together, so they can be supported to do this at the same time, and so they don’t feel like the only man asking to work this way. We can also provide the group with coaching, to equip them with the tools and confidence needed to make flexible working work in practice.

Many working dads have been working remotely for over a year now, but because of the uncertain nature of the current environment, no formal plans or contractual changes for long-term flexibility have been made. This means their ‘right’ to ongoing flexibility – for example leaving early two nights a week to do the school run or working two days a week from home – isn’t established or formalised. This makes them feel awkward or embarrassed about telling colleagues they have childcare commitments. Meaning they often feel like they have to make up a pretend reason to leave work early, or even on time, or rope in other family members at the last minute, creating incredible stress.

By reassuring men that it’s okay for them to be open about their childcare commitments, you can then support them to meet them in a way that works for both them and their colleagues.

A great first step in making dads feel safe doing this, is to find men within the organisation who are already working flexibly to act as role models. Encourage them to write an article for the newsletter or talk at an event about how they’ve made flexible working work for them and what it means to them.

If you’re hosting a workshop for working dads, get your role models to attend so they can answer questions about the challenges they faced and how they’ve overcome these. If you don’t yet have any dad role models, encourage some working fathers who want to do this to be ‘trailblazers’. Then give them access to a mentor, such as a working mum, or career coach, who can help them overcome any hurdles.

Join our free webinar at 9.30am on 20 April 2021. We will be hosting a discussion between Ian Dinwiddy, founder of Inspiring Dads, and Steven Parker, one of our coaches, about how to help dads create a sustainable work-family balance in the current environment. The topics we will cover include:

This four-week course, for groups of up to eight dads, is to help them consider their role in their new family, what they want their working week to look like and create a shared direction with their partner to reduce tension and conflict. To find out more please email info@pandpcoaching.co.uk

We also offer a virtual Parent Mentors course, for those people who would like to put themselves forward as parent mentors to support other parents internally. It allows small groups to come together and learn valuable skills to enable them to confidently mentor others. This type of course may also be held internally with your learning & development team. To find out more please email info@pandpcoaching.co.uk

This week’s blog is written by co-founder of Parent & Professional, Helen Letchfield.