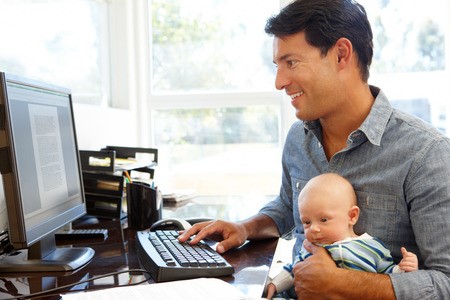 Jun 30, 2017 henriette phillips Blog Comments Off on Uptake of shared parental leave hindered by gap in pay and employer pressure

An Office Genie survey has uncovered a huge percentage of working people are still struggling to return to work after pregnancy. The government's SPL initiative has failed to address this. The continued gender pay gap, alongside employer pressure not to take the time off, have been established as the key barriers to the scheme’s uptake and success.

The survey of 1,000 working people discovered nearly half (44%) of respondents have experienced difficulty returning to work after a pregnancy, either first or second hand.

The research highlights that the gender pay gap is the top reason only a small amount of couples have so far taken SPL [1]. The gender pay gap sits at 9.4% for full-time employees and 18.1% for all workers [2]: here, almost half (47%) of those surveyed believe the difference in wages between the sexes is behind the low take up of SPL.

After the gender pay gap, employer pressure not to take time off is considered the second most common reason for more couples not choosing SPL (around 30% of respondents). Earlier this year, MPs called to increase shared parental leave to help tackle the gender pay gap [3], but this research reveals that discrepancies in gender pay are in fact the cause of people failing to take up the scheme - highlighting a vicious cycle at play.

Sarah Sutton, Head of People Development at Genie Ventures, comments on the findings:

“The pay gap can be a major issue: if you are the highest earner in the family you are far less likely to take a significant amount of time off work at Statutory Shared Parental Pay (ShPP) rates of £140.98 a week. However, I would urge all employers to promote SPL nonetheless.

“The scheme gives employees the flexibility they need, and the benefits for the employer are tangible too: there’s a reduced turnover, increased staff loyalty and engagement, and it helps to create a family friendly culture.

“Employers have a duty to support their maternity and paternity leavers during and after their leave. It’s of vital importance to include leavers in regular work communications (including promotion opportunities), set up KIT days, and offer flexible working options on their return.”

About the data:1,000 British workers, in full or part-time employment, from across the UK were surveyed. The research was conducted online between 28th April - 10th May 2017.

For further information, please contact:
Lilli Hender on 08444155531 or lilli.hender@officegenie.co.uk.

About OfficeGenie.co.uk:
Office Genie is an office search engine uniquely designed for SMEs and freelancers. The site launched in 2009 as the UK's first national website for finding and advertising spare desk space in offices. It now offers a huge variety of UK office space.

5 Bold Ideas for Equality in the Workplace: Our Team’s Commitment
Summer Holiday Survival for Working Parents