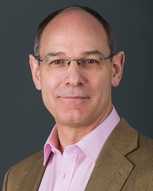 BACKGROUND
Brought up in the UK, Steven has spent much of his career overseas, living and working in places as “far flung” as Russia and the Solomon Islands. He understands the anxiety and loneliness of major life shifts. He has worked in various senior roles, across professional and financial services, the hospitality and cultural sectors – in both blue-chip multi-nationals as well as in start-ups. He returned to London in 2013 and enjoys a portfolio of coaching, mentoring and counselling, as well as Board work, including an inspirational charity which supports “at risk” young adults in the Balkans.

EXPERIENCE AND QUALIFICATIONS
With 2 daughters, Steven is personally passionate about inclusion and is actively involved in mentoring women entrepreneurs and executives, as well as BAME leaders in the charity and public sectors. Much of his coaching work has revolved around major life changes, the shifts in our identity and purpose, and how to find new paths forward, often through changing our ways of looking at the world and our own behaviours.
Steven has worked with public sector organisations as varied as NHS Digital, the Metropolitan Police and Trussell Trust, through to commercial companies such as American Express, Diageo and Sainsbury’s.
His professional qualifications include: Fellow and Chartered Director (UK Institute of Directors); EMCC Senior Practitioner and MSc. in Executive Coaching (Hult-Ashridge Business School).

APPROACH TO COACHING
Steven uses a flexible approach, according to the coachee’s need and preferred learning style, based on academic foundations in coaching and psychotherapy, as well as his commercial experience. He has a very empathetic and supportive style, with ‘deep’ listening skills, but can be challenging in ways that help the client review their assumptions and re-frame, as appropriate.

“Steven has a manner that instantly made me feel that I could trust him. He listened to my stories and helped me identify insights. His coaching provided me with the courage to explore areas where I was previously too afraid to go and gave me the confidence to try new approaches. It allowed me to feel more in control of what I wanted to do next. What I enjoyed most was that Steven allowed me to explore my thoughts during the sessions. This allowed me to arrive at new conclusions.‘‘
Recent coachee