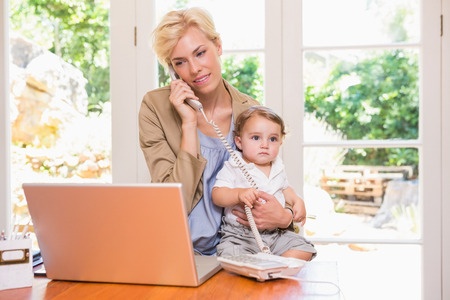 We are all familiar with the stories that regularly hit the headlines of those employers who have been taken to court over treating pregnant employees unfairly.  However, how much exposure is there around the unfair treatment of those returning from family-related leave?

We regularly hear about nightmarish yet very real return to work scenarios:

These scenarios happen week in, week out, across all sectors in all locations.  Most of them are considered the ‘grey areas’ and nearly all of them go officially unreported because they are ‘unproven’ or simply just tolerated by individuals who just want to settle back into work without ‘making a fuss’.

Some employers have now become so wary of saying the wrong thing to a pregnant woman at work, that in many cases, issues are completely avoided and the management of impending leave is completely brushed aside.  In other cases, this fear of saying or doing the wrong thing leads to super levels of support – but how often does this support continue to the return, when confidence levels of returners are at their lowest?

The Citizens Advice clearly stipulates that during your pregnancy and maternity leave, you are protected by the 2010 Equality Act.  However, ‘the protected period ends when your maternity leave ends or when you return to work, if this is earlier.’

During the return period, therefore, our returners from leave are potentially exposed.  We all need to do more to recognise just how important the returning period is in ensuring employees are supported, happy and productive in their roles.   Whilst pregnancy at work lasts a matter of months, the period of return spans over years.

Get Flexible: The keys to successful flexible working
Resilience debate and Nicola Horlick