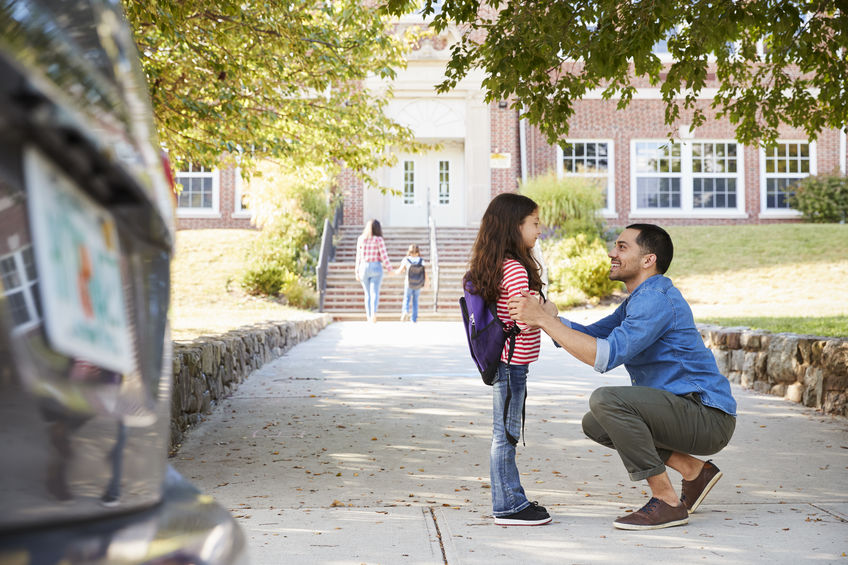 We need to make it culturally acceptable for men to achieve the work-family balance they need to stay happy and healthy.

A study examining the link between domestic duties and partner relationships, found that ‘hands-on dads’ are not only happier and healthier, but those who took sole charge of babies at least a few times a week, before they turned one, were as much as 40% less likely to break up with their partners, regardless of other factors such as living arrangements or wealth.

However, family-conscious fathers are regularly prohibited from playing a more active role at home. Even though more than half of all men say childcare should be shared equally, fathers struggle to get the flexible work they need. Two in five working dads who have applied for flexible working have had their requests turned down. Meanwhile, a report by the Commons Equality Committee found some men have been mocked by colleagues after opting to work part-time to share childcare duties. All of which deters other men from even broaching the subject with their employer.

In the past, government policy has been blamed for prohibiting fathers from becoming more involved parents. Until 2015, for example, men were only entitled to two weeks paternity leave, while mothers can take up to 52 weeks statutory leave, effectively forcing them to become the default carer.

Although the introduction of shared parental leave was hoped to revolutionise this, just 2% of eligible couples have so far chosen to split caregiving in their newborns’ early months.

Although many justify the lack of take-up on the grounds that men typically earn more, saying ‘It makes financial sense for mothers to take on the bulk of caring work,’ this isn’t a valid interpretation. Not only are a third of British working mothers now the main ‘breadwinner’ for their family, but there are many highly paid professional men who could easily afford to take time off to help care for their children but still don’t, because it’s still not seen as culturally acceptable.

With this year’s International Men’s Day, 19 November, due to celebrate the positive value men can bring to their families, here are three ways to help dads sustain the relationships they, and their children, need to thrive.

Early-days bonding creates a secure family unit, making fathers more involved, confident and forging stronger partnership for the future. Men who invest more upfront time in their families, as soon as a baby is born, are less likely to separate from their partner and have more happiness and stability.

Many men don’t take shared parental leave because they don’t realise the mother doesn’t have to go back to work for the dad to take leave. They can actually take it simultaneously or overlap, so she can handover responsibilities and make sure he knows what he’s doing before she goes back to work.

So, at the same time as educating soon-to-be-mothers about their maternity rights, make sure soon-to-be-fathers are also informed of their rights as dad and encouraged to take them.

More and more employers are now allowing dads to work more flexibly. Just under a third of the Sunday Times Top 20 Companies to Work For offer school hour contracts to all employees. But there’s still a long way to go.

Critical to creating a culture where men feel able to ask for flexible working is ensuring managers are focused on assessing performance based on the output people are generating, and not just the time they’re putting in, which can also help to address low productivity issues.

At the same time, encourage those men who are playing an active role in their children’s lives, not least by leaving work on time or working flexible, to talk openly about this and what they’re doing after work, to encourage others to see how this might work for them also.

Both will be trying to adjust to huge changes to their life, the challenges associated with asking for flexible working and the importance of demonstrating high levels of productivity and effectiveness so that they continue to be able to progress their careers after becoming a parent.

By focusing on creating a workplace that’s not just mother-friendly but family-friendly, and ensuring men aren’t overlooked when it comes to any coaching or parental transition workshops, employers can help men to create a healthy work-life balance, without compromising their ability to stay effective and productive at work.

All of which helps women because, until dads can be supported to play a more proactive role at home, women will continue to be discriminated against at work and gender equality will remain a distant dream.

Sidley Austin LLP, a global law firm, believes in supporting men who are about to go through the huge transition of becoming a father, or who are already fathers and want to achieve a better work-family balance.

Parental coaching, which had traditionally only been offered to women taking maternity leave, is now offered to all lawyers working for the firm, with HR recognising that dads are also going through a huge life change and need the same level of support and recognition as new mothers do.

These coaching sessions, provided by Parent & Professional, consist of four one-to-one coaching sessions from a qualified career coach, with the theme for discussion very much led by what each individual is experiencing at that point.

Dads have found it useful to talk about everything from coping with sleep deprivation to better managing work with family needs, as well as preparing their careers for partnership while meeting the needs of a young family.

Coaching sessions, personality profiling tools and self-development exercises are also available to help those taking part develop a better understanding of themselves and what they can do to make their personal and professional lives more fulfilling.

Jerry Gallagher, Director of HR at Sidley, says: “With many new fathers increasingly taking longer periods of shared parental leave, fatherhood presents more challenges than it has in the past. The coaching programme provided by Parent & Professional has helped fathers adjust to their new responsibilities and been very well received.”

Kellie Wade, HR advisor for Sidley, adds, “It’s great to be able to offer this benefit to help working fathers balance family responsibilities with professional demands. The feedback received has been overwhelmingly positive.”

Adoption and your career – can it be done?
The missed trick in flexible working