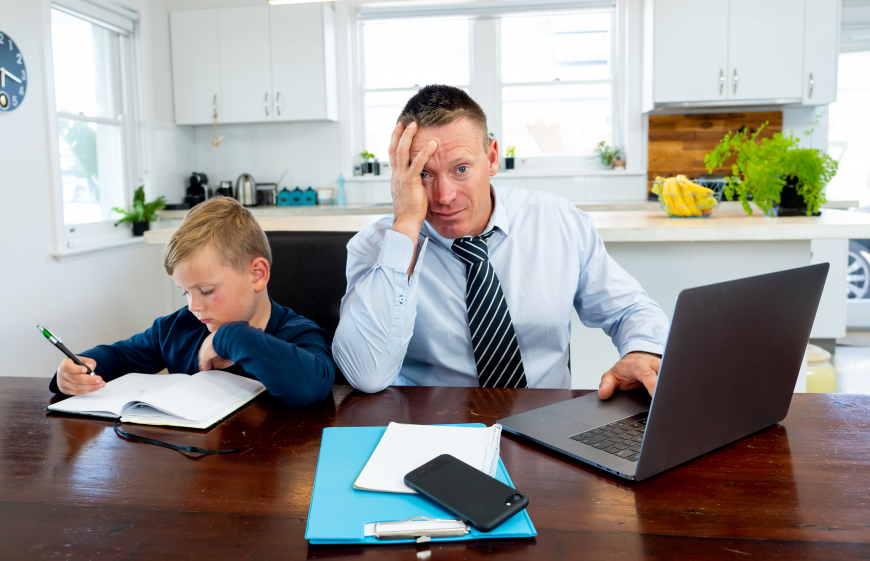 As entire workforces settle into the unprecedented challenge of having to work from home, working parents are still grappling with the implications of schools and nurseries being closed for the foreseeable future.

Unable to fall back on asking grandparents to help out, the realities of trying to use the TV to babysit, while simultaneously attempting to work and homeschool are starting to kick in.

With options such as taking unpaid leave proving financially unviable for many, there is a risk of parents burning themselves out over the coming weeks and months. By supporting them in the following ways you can help them prepare for the marathon ahead.

Where possible, now is not a time for attempting to enforce fixed working patterns or asking parents to adhere to core hours. Instead, the focus must shift to judging people on their output, and the quality of the work they’re producing, instead of when and how long they took to produce it. If people aren’t able to work the same hours every day or as many hours as they used to, the main thing is that they are working productively to provide a valuable contribution.

Being allowed to work flexibly from home brings out the best or worst in people. Employees who were already motivated, hardworking and committed will continue to be so, while those who had a bad relationship with their manager, were disengaged and thinking about leaving, are likely to feel even less motivated. Encourage managers to give people the benefit of the doubt and trust them to work productively unless there are genuine reasons to doubt them.

With women typically doing the majority of domestic chores and ten times more likely than men to miss work to look after a sick child, there is a very real risk of them burning themselves out or quitting work and slipping back into ‘traditional’ gender roles. Employers that don’t want to lose valuable female talent must be aware of this risk and ensure women feel supported at this time. Not least by encouraging them to ask for more support at home where possible.

Many men want to become more involved in their children’s lives but have had requests to work flexibly declined in the past or felt reluctant to ask for fear of this damaging their career progression. With the new ways of working necessitated by the coronavirus turning everything on its head, employers now have a golden opportunity to progress their diversity initiatives by opening up the opportunity to work flexibly to all employees, in a way that will hopefully make flexible working socially acceptable for men for now and in the future.

Managers who don’t have children are unlikely to be able to fully comprehend the pressures that working parents are under at the current time. Some of those managers might assume they are slacking off if they can no longer pick up emails in the middle of the day or can’t make a call in the late afternoon because they’ve shifted their working day to start earlier. Both sides will find this difficult if not used to talking about stress and feelings. Managers need to communicate to understand the issues and be supported to develop empathy and listening skills.

Parents who have had to work flexibly or from home in the past will have already acquired the time management and communication skills needed to get more done in less time and influence and collaborate with others over Teams or Zoom. These may be skills that many of their office-based colleagues may only just be exploring for the first time. Far from having a less important role to play due to having to work more flexibly, parents now have a valuable role to play in helping colleagues adjust and adapt to these strange new ‘norms’.